Love what Johns Landing homes for sale have to offer? Check out all available Johns Landing properties in Portland, Oregon below. To view more information on any of the Johns Landing Portland home listings you see below, just click the "Request More Information" button when viewing the details of that property. We can provide you with disclosures, past sales history, dates and prices of homes recently sold nearby, and more.

Remember to also register for a free account so that you can receive email alerts whenever new Johns Landing homes hit the market. And for additional help searching Portland homes for sale, feel free to get in touch with us whenever you’re ready to take the next step in your new home search.

John L. Scott
The content relating to real estate for sale on this web site comes in part from the IDX program of the RMLS® of Portland, Oregon. Real estate listings held by brokerage firms other than Matin Real Estate are marked with the RMLS® logo, and detailed information about these properties includes the names of the listing brokers. Listing content is copyright © 2021 RMLS®, Portland, Oregon.

This content last updated on March 7, 2021. Some properties which appear for sale on this site may subsequently have sold or may no longer be available. All information provided is deemed reliable but is not guaranteed and should be independently verified. IDX and listing information is provided exclusively for consumers' personal, non-commercial use and may not be used for any purpose other than to identify prospective properties consumers may be interested in purchasing.
Portland Searches

John's Landing is a Portland neighborhood between the Sellwood Bridge and South waterfront area. It stretches from the Willamette River a little ways up the hill with the streets going straight from the river to I-5. Highway 43 runs north and south along the waterfront and contains residential homes, waterfront condominiums, and several restaurants and a few shops.

Just North is the South Waterfront addition, fairly new over the last decade or so. John's Landing has a trail that runs along the riverfront with a few little beaches and shallow areas. It's perfect for writing your bike, jogging, or simply strolling along the riverbanks. It got its name from the BP John Furniture Company, which dominated the area in Portland's past. It also got its name from John W Storrs and John D Gray, two architects the privately developed to the area from its former state of industrial and commercial properties. With so many John's involved and because of its close proximity to the river, it naturally took on the name John's Landing.

John's Landing features a 5-mile walking loop starting at the Oaks Amusement Park, north to the South Waterfront community, across the freeway and back down stopping at coffee shops, markets, and boutiques along the way.

John's Landing is probably one of Portland's best-kept secrets. Talks between West Hills and the Willamette River in Southwest Portland, its close proximity to downtown and beautiful river views make it a unique urban and charming neighborhood. It was first established in the 1870s for commercial and industrial dockworkers. But today, there's more residential development, smaller businesses, shopping, and dining along the area's major arterials. You'll find the historic Water Tower Building, Zupan's Market, Peer 1, Corbett House, and Aquariva located right on the river as well as Lewis and Clark College and OHS you close by. The 27 acre Willamette Park on the south end features an off-leash dog area, boat dock and ramp, sports courts and fields, and the Butterfly Park Naturescape.

There are several condo buildings along John's Landing:

Atwater Place – offering beautiful mountain views as well as views of the river and Ross Island, these condominiums were built in 2007 and require homeowner association fees of approximately $1400 per month with condominiums starting about $950,000.

Avalon Penthouses – This high-end, luxury building along the river features beautiful views, lower homeowners fees, and moderately sized units. This building was constructed in 2001 and doesn't sit directly on the river and is a more lower rise condominium complex.

Meriwether – Built in 2006, this high rise condominium complex features unobstructed views of the river in downtown Portland with association dues of about $1400 per month and properties between $1 million and $2 million.

Riverpoint – Built in 1980, this is one of John's Landing's oldest condominium complexes with fireplaces, large layouts, and just two-story designs. Association dues are approximately $1000 per month.

The river is really what makes John's Landing such a special location. The trail is popular for many locals and residents and you can stop a little beaches and shallow areas along the way. The Willamette Park is also located just south of the main John's Landing area ideal for putting a kayak or canoe in the river, enjoying the little beach, or having a picnic at one of the shelters nearby.

There's plenty to eat and explore in John's Landing. Zupan's Markets is probably one of my favorites, established back in 1975 and offering some amazing cuisine and high-end ingredients. This is like Whole Foods on steroids. They have ready-to-eat meals, beautiful seafood and meats, specialty items, bakeries, and world-class wines and craft beer.

McMenamins Fulton Pub & Brewery is a Portland staple. There are many McMenamins throughout the Portland metro area and even North and South of Portland but if you're looking to stay close, there's one right in John's Landing.

Buffalo Gap Saloon is also in John's Landing with delicious French toast breakfast, scrambles, wings, salads, seafood salads and dinner options. The Szechuan Chef is also located in John's Landing with familiar Chinese favorites like Kung pow chicken, marinated squid, and delicious fried rice. There's quite an eclectic offering in John's landing. You can grab a delicious espresso at JoLa Café, delicious Indian food at the New Taste of India, or some Moco Loco at Bamboo Grove Hawaiian Grille. There's even a Starbucks for those that love their familiar coffee in the morning.

To learn more about homes for sale John's Landing, feel free to browse available listings above or simply contact our office at any time. We love to schedule a showing, provide you with a personalized list of condos or homes in John's Landing that meet your search criteria and price, or provide any additional information you may need on your home search. 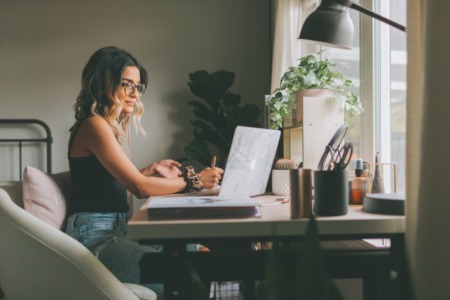